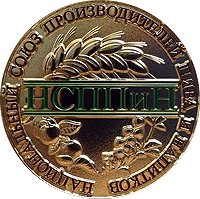 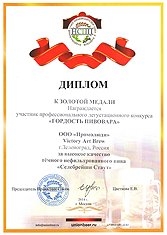 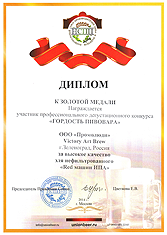 As a part of First All-Russian conference of independent brewers and drink producers "Independent brewing, cider- and mead-making of Russia" organized by National Union of Beer and Drinks Producers the "Brewer’s Pride" contest was also taking place. Our Celebration Stout and Red Machine IPA IPA were applied and we are happy to announce that both beers received the golden medals!