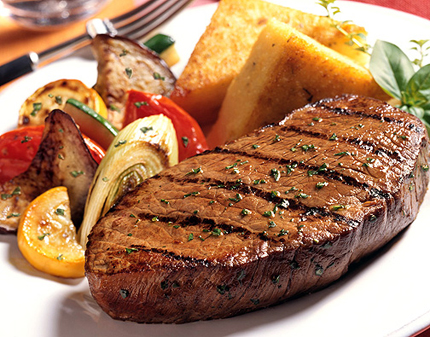 Let's now understand with the important question what is the best food match with our oatmeal stout. We have asked for advice the famous brewmaster of Brooklyn brewery Garrett Oliver, who has spent years studying and discovering the art of proper beer and food pairing. To be precise, we have opened his great book "Brewmaster's Table" which is the most complete work on the subject and this is that book which gave the impulse to revival of tradition to serve beer with delicious food. Many best restaurants of US and Europe are actively pushing and supporting this movement, presenting a wide range of beer styles in addition to the wine card on their menu. And "Beer Sommelier" is now a real profession.

When we start talking about which food matches this or that type of beer best, the following simple rules should be mentioned. First of all, there are two basic principles of matching: similarity and contrast. In case of similarity the common taste or aroma elements are selected in beer and food which are emphasizing each other. When talking about contrast it's all vice versa: difference of tastes and aromas is supplementing each other and creates an absolutely new and unique feeling making the meal to be a special event. It also worth to mention that taste and flavour range of beer is so wide that exceeds any other drinks, leaving no chance to them to compete in food and drink pairing. Even the wine, traditionally considered as inseparable accompaniment of haute cusine, looks rather fading here. 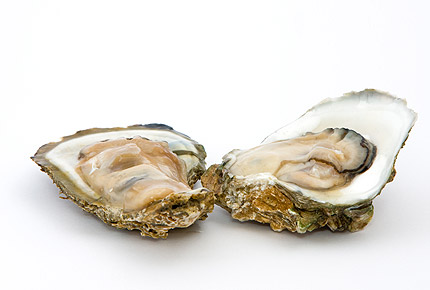 Now let's talk about stouts and oatmeal stouts in particular. On a sweetness range, oatmeal stouts are located between dry Irish stouts and sweet English stouts and if we talk about our Celebration Stout then its rich texture and strong hoppy bitterness makes him a quite close relative of imperial stout. Such universal location allows us to match our beer with virtually any types of food suitable for any stout type. First of all it's oysters. Yes, they are not so popular and easy to find in Russia, so it's quite a common myth here (and not only here) that oysters should be served with Champaign. It's ridiculous! Traditionally oysters were served with stouts and porters and it was a typical pairing for poor citizens of Great Britain and Ireland, in opposite to expensive meat. Dryness and bitterness and roastyness of stouts are a perfect match with saltiness, texture and sea flavours of oysters. Also stouts will be a magnificent addition to more available in Russia mussels, lobsters, crayfish and squids (but only not dry-salted) and scallops. All they have a noticeable sweetness which is perfectly complemented by dryness of oatmeal stout. 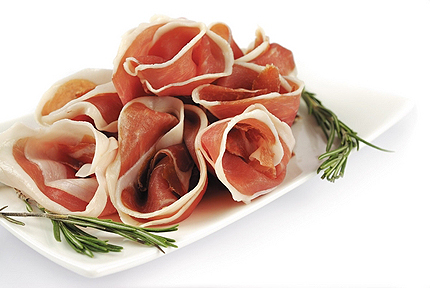 You don't like seafood? It's not a problem: dried meat and ham are very good with stouts: dry intensity of beer opens the salts and increases the essence of ham's aromas. The more intensive the ham (Prosciutto di Parma, Montenegro's Prsut) the better the match. Stakes, seasoned by sea salt and coarse ground black pepper corns will produce new mouthfeels under stouts' influence.

Moving to other, sweet side of the spectrum, we start to use complimentary nature of tastes rather than contrasts. Oatmeal stouts are extremely nice with beef, veal and lamb, especially if they are cooked with spicy sauce usually containing some sweetness.

Talking about desserts it's worth mentioning that chocolate flavouring of stouts makes it an ideal match with chocolate puddings and desserts. You think that best match for beer is Zhigulevskoe beer with dryfish (it's a joke)? Trappist dubbel and cheese (it's not a joke)? We and Garrett Oliver are truly believe that stouts are absolutely perfect pair for chocolate desserts. Pure chocolate? Great! Chocolate cheesecake? Ideal! Chocolate truffles? Marvelous! 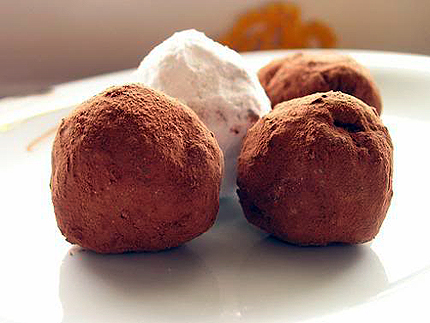 What's about other desserts? Do you like strawberries and coffee? Then drink stout. Having chocolate and coffee notes this beer can be a great pair for sweet lovers: classical caramel flan, creme brulee, panna cotta. And of course, stout is all sufficient and you can enjoy it without any food. Drink good beer and enjoy good meal!